Author's note: This is another alternate universe. Cybertron is gone. The two Autobot leaders are cared for as they tumble into a  downward spiral from  sanity. 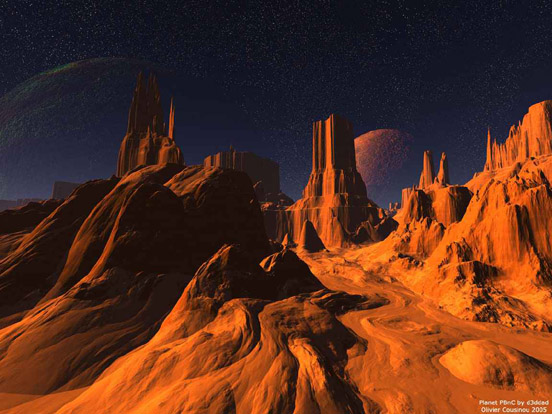 The landscape of my mind shifted. A cold front interrupted the blistering sun, casting to the world a measure of relief.

I appreciate it because the world churns in endless restlessness. It rants across a canvass written in raw music. I long for stillness and silence.

I still see the four-legged spider slipping shadow to shadow each day toward the late afternoon. I caught that thing once. Only once. That was before it devoured me. I felt it. No one understands what it's like to be eaten alive. I tried to tell them. No one paid me any attention but they pitied me.

Come now, do you honestly think they'd listen, let alone understand? They can't hear themselves! They tune out their own conscious mind! Always prattling, shuffling this way and that. They push one color of thought into another, colliding them into an avalanche of disastrous conversations. It's maddening to consider how they blithely dance to the shallowness of whatever pied piper calls their name. Maddening!

I used to feel sorry for them. I used to try to protect them. But here I sit. Four walls. One door. One window. Chains bind me to the reality of steadfast molecules. But that's the only reality allotted to me at this point. However, and honestly speaking, even the walls are not real. I see through them. I see beyond them, beyond the crumbling city. I see the world cast in darkness by a hidden sun.

That could very well be my fault. But I tried to tell them. They would not listen. Not with their minds, anyway.

Stop! Stop. It's time to remain quiet. If they hear my myriad contemplations, they will come along and erase the canvass again. Shhhh.

The colors cool down. The swirling of thoughts slow.

There. Galvatron is singing again. He thinks he can sing, but he really can't. Well, I can't say that's quite true. I think he sings because it makes me laugh. He likes it when I laugh. Pebbles of ideas spring from my laughter. I think of brighter days under the cool Oregon sky.

This was my fault. I should have foreseen the disaster. Such atrocity. The buildings melted. The walls came to life. I heard people disappeared into them. Oh they questioned me for that one. They demanded to know where the people disappeared to when the walls ate them. I have an idea, but I can't share it with them. Don't think that when you are devoured it means the end of your existence; not by any means. You live on in some other way, some other reality because, you see, you can't destroy a spark. Energy can't be destroyed. But they did not wish to hear my explanations. They called it 'mad ramblings'.

I get a visitor every week. She brings me pictures and tells me about the outside world. I can't see all the colors of her speech. They race, tumbling across the landscape of my mind like debris before a hurricane. I want to tell her to move more slowly, to paint with broader brushes and use simpler colors. But that's not how she is. And I am not going to change her. Eventually, she repeats the brush strokes. I just have to wait long enough.

Rodimus is screaming across the hall. They finally had to chain him down. Not long, they've said outside my door. I could not tell if they meant he or I. Perhaps they think I will decay into a statue of ash and blow away at the stiffest of breezes.

I am unstable, not dead.

But Rodimus thinks he will explode and they tell him it's not true. But they're lying. His world is rotting before his optics. All the edges have grown dark. Even in fresh light of the rising sun and the crisp of clean air, I hear him screaming, struggling to free himself from the thing that gnaws at his conscious mind. Why do they allow him to suffer so?

It makes me wonder who is truly mad: the one who suffers, or the one who allows suffering.

Galvatron picks up his tune again. Soft, slow notes are followed by a familiar refrain. I like the visions of swirling sands pouring through my mind as he hums the simple tune.

He pauses and calls my name. But I cannot answer him. I am far too lost in the desert of my own landscape. The colors shift again. The sky spreads into a sullen, pouting violet, tinged with a shadow of gold. This is not the Matrix. It died a long time ago. So sad. I could not prevent it.

Galvatron laughs at one of his own visions. It might be a memory. He clings to them now days and tells me about them from time to time. I listen, especially when the colors are quieter and the skies are cloudy with the promise of sweet rain. Sometimes I talk when I feel safe, when the world is not churning in agony.

The destruction of our home world has left us with naught else but memories. And even those are fading in light of the Matrix's death. How many people are dead now? I don't know. In my wilderness, there isn't anybody, there isn't anything except the sand and the sky and a bit of music. Memories erode like sand before the fury of a storm.

Once in a while, in a great, great while, I swear I can see the towering points of a city. It stands gleaming from an incalculable distance, promising eternity in happiness. I don't think it's a real city; not yet. But the more the sand shifts in color and the moodier the sky, the more real the city becomes. I think-and this is opinion, but I think that is where I will be in the future.

Rodimus has finally calmed. Now comes another long day. I will remain where I have been for many moon rises: in the desert, in the valley, watching the colored sands swirl and change around me.